A while back I was setting up a Left4Dead Ventrilo server for a few friends, after I got it up and running, I went searching for a Widget that would let me add a server status to my home page. I just wanted to show is the server was up, who was currently connect and what channel they were in; I didn’t have much luck.

I decided to write one myself in PHP. I wanted it to be flexible enough to support multiple methods of retrieval but also allow to easy changing of the UI.

I went for a new Web Service utilising the PHP Ventrilo Status Script available from the Ventrilo site. It connects to the Ventrilo server and transforms the Object structure into XML. The widget itself connects to this service via Javascript, retrieves the XML, then applies an XSLT document and DOM injects the result asynchronously on page load. This gave a few advantages: –

I’m sure there’s better ways of implementing it so I’m open to suggestions but I’ve stopped playing at the moment, so lost interest in finishing off the plugin and making it pretty; if anyone wants the code I can hand it over. 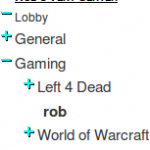 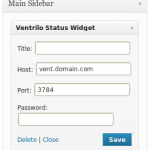 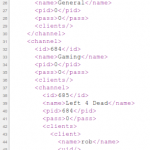 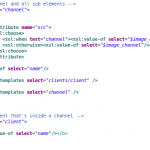 Plugin is still in development with more options coming eventually. Feel free to tweak the ventrilo_status.xsl file to change how the widget renders.

9 comments on “WordPress Widget for Ventrilo”